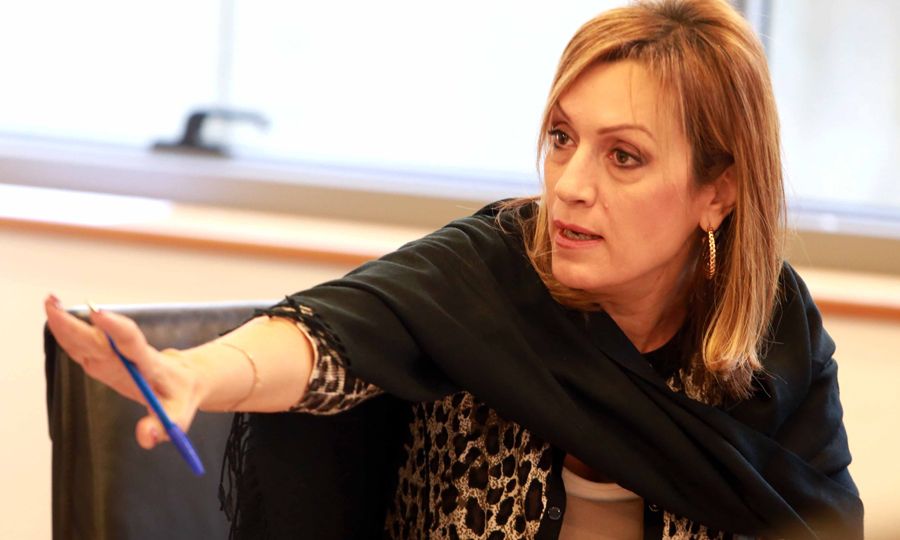 Dear sir,
Following our telephone conversation as I promised I’m emailing a report in regards of specific events regarding relationships between judges and advocates in Cyprus and recent developments in this matter.

As I told you, lawyer Nicos Clerides, brother of Attorney General Costas Clerides, published yesterday a letter to the Cyprus Bar Association documenting nepotism in the Supreme Court. The Cyprus Bar Association had previously demanded that Nicos Clerides justify references he made on Facebook about undue influence of the Supreme Court by the Law firm Chryssafinis & Polyviou LLC.

At the heart of the dispute are court cases involving the economic collapse of the Cyprus banking sector that led to the acquittal of former senior Bank of Cyprus executive and the Bank as a legal person.

Clerides in his letter documents cases involving the Bank of Cyprus brought to Court that have seen a ruling in favour of the Bank while been defended by the Law firm Chryssafinis & Polyviou LLC whose lawyers are closely related to the Supreme Court judges. What’s more important, is the revelation that the daughter and sister of Supreme Court President Myron Nikolatos, have been compensated by Bank of Cyprus for bond losses incurred following the Cyprus bail-in, whereas hundreds of similar cases are pending before the district courts.

Due to the importance of the issues raised and the fact that the Supreme Court is the supreme judicial institution in Cyprus, I am of the opinion that an external assessment of the situation is the only way to safeguard the implementation of sound measures for the restitution of the reliability of the judicial power. Since GRECO’s objective is to improve the capacity of its members to fight corruption by monitoring their compliance with Council of Europe anti-corruption standards through a dynamic process of mutual evaluation and peer pressure, I am confident that your intervention is urgent.

In the case of Nicholas v. Cyprus Appl. No. 63246/10 which was brought before the ECHR and a judgment was delivered on 9th January 2018, the fact that the son and the daughter in law of one of the judges who were sitting on appeal were employed by the law office representing the opponent of the appellant, was not revealed at the hearing and the appellant was unaware of it. The employer of the son and daughter in law appeared at the hearing as the senior advocate of the respondent. The ECHR held in its judgment that the appellant’s fear of lack of impartiality, were justified and a violation of Article 6.1 of the Convention was established against Cyprus. According to the judgment, in small states like Cyprus, it is not unusual for persons who are relatives of judges, to be employed by law firms which represent litigants in cases brought for hearing before such judges. In spite of the fact that such a relationship does not ipso facto preclude the judge from sitting and trying a case, this relationship, however, raises questions of possible lack of objective impartiality on the part of the judge, which must be examined and be assessed for a decision to be taken as to whether the judge should be precluded from trying a case.

For the purposes of assessing such a situation, the relationship must be made known to the litigants from the outset of the court proceedings. Following that, an assessment of the situation must take place, on the basis of specific factors, as those set down by the ECHR in the case of Ramljak v. Croatia no. 5856/13 dated 27.6.2017, in order for a decision to be arrived at as to whether the exemption of a judge is warranted in the circumstances.
These factors include, inter alia, the following:
a) a possible involvement of the judge’s relative with the case under trial.
b) the position of the relative in the law firm involved.
c) the size of the law firm.
d) the internal structure of the firm.
e) the importance of the case under trial in economic terms, to the law firm.
f) any possible economic benefit or interest for the relative of the judge.
Following the issuing of the judgment in the Nicholas case and in an effort to conform to its requirements, the Supreme Court of Cyprus on the 16th March 2018, amended the relevant Rule of Practice which deals with such matters, so as to read as follows:
“ 2. Where advocates appearing in cases are the employers or employees or partners or retain a professional relationship with advocates who are members of the family of the judge (including pupil advocates), the judge should inform accordingly the litigants, exposing the relevant facts.

In such a case, if an objection is raised to the participation of the judge in the hearing of the case, he then decides for his exemption or not, in the light of the relevant case law, including the recent judgments of the ECHR (Ramljak v. Croatia no. 5856/13, Nicholas v. Cyprus no. 63246/10). If no objection is raised and the judge does not himself consider that there exists any reason for his exemption, he is free to proceed with trying the case.”
(N.B. this is an unofficial translation from the Greek text).
The abovementioned amended Rule of Practice, was transmitted by Cyprus to the Execution of Judgments department of the ECHR to show its conformity with the judgment in the Nicholas case.
It appears however, that the enforcement in practice of the Rule, is quite problematic for the following reasons:
a) The judge who has such a relationship with an advocate appearing before him, never reveals all the facts and factors referred to above pertaining to the relationship, but at the maximum there is only a statement made as to the existence of the relationship.
b) There is a very heavy burden and duty cast upon the advocate appearing for the other side, to raise an objection as to the participation of the judge, as a prerequisite to considering and deciding whether the judge could participate or not. In practice, advocates and especially young members of the bar, are justifiably very hesitant and in effect they almost never raise an objection, as they naturally feel that this might create negative feelings on the part of the judge as against them and might be taken as disputing or challenging the integrity and impartiality of the judge.
c) In any event, in practice it is grossly unfair to cast this burden on an appearing advocate, both for the above reason, as well as due to the fact that the advocate is never in a good position to decide whether to raise an objection or not, or how to support it, without being conversant with all relevant facts and factors, since no inquiry or statement as to all these, takes place beforehand.

These problems were present and have recently created a serious mistrust against judges of the Supreme Court who participated in the composition of appeal courts which tried appeals concerning Banks and senior bank executives who were trying and in the first instance criminal courts for serious offences regarding mainly charges of manipulation of the market during the recent economic crisis. Some of the participating judges in the appellate courts, had a relationship with the law firms appearing for the Bank and for its ex CEO, in the sense that their son, or daughter, or daughter in law, or wife, were employed by these firms and the leading counsel for the Bank was the senior partner of the firm. Also, the Bank was by far the biggest and most important in financial terms, client of the firm for decades through annual retainer.

In the one of these appeals, the three out of the five members of the appeal court, had such a relationship with the advocate for the Bank and with the advocate for the ex CEO. This relationship was only revealed after being moved to do so by counsel for the Republic, but no further details were given and no further or any inquiry or assessment was carried out into relevant facts and / or factors. The Court proceeded to a hearing and found in favour of the Bank and for the other accused persons.

In another recent case of the same importance and nature, there was a unanimous conviction of the same Bank and its ex CEO by the criminal first instance court for similar offences. A sentence of two and a half years imprisonment was imposed on the ex CEO and a monetary fine on the Bank, for offences related to the manipulation of the market. The 3 member criminal appeal court was composed of the President of the Supreme Court and two other members. The judgment of the court was not unanimous. By a majority verdict of 2:1 the conviction of the appellant Bank and its ex CEO was quashed. The casting vote was that of the President of the court. As it was later on revealed and publicized, the advocate for the Bank, who was the same who appeared in the previous case, had settled out of court two civil cases which had been filed against the same Bank by the infant daughter (in the one case) of the President of the court and by his sister in the other case, by which cases damages were claimed for loss suffered as a result of measures taken by the Bank and by the Republic due to the crisis (bail in), which measures adversely affected the plaintiffs’ investments in bonds. A certain amount of damages were paid to the relatives of the President - plaintiffs by the settlement and the actions were withdrawn as settled out of court. It should be mentioned that hundreds of similar cases are pending before the district courts.

The President of the court, did not exempt himself from the trial of this appeal, nor he revealed the fact of the amicable settlement reached in the aforementioned cases of his close relatives by the same Bank who was the appellant before him and by the same leading advocate who represented the Bank in the appeal.


Irene Charalambides,
Member of the Parliament, 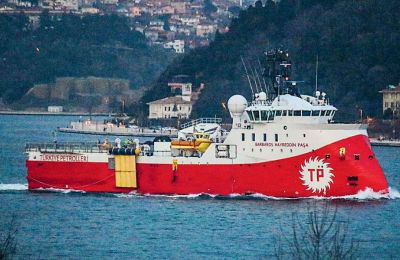